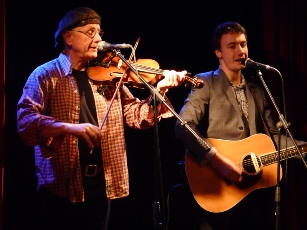 A cascade of melodies from two fine players

Seth Lakeman said of Tom: “One of the greatest violinists I’ve ever heard.” But typically, Tom modestly calls himself the “Newcastle Fiddler”. An old friend of the Ram, Tom’s gentle wit and moving versions of songs from the north-east – and beyond – soothe away the cares of the outside world. With David Newey playing stylish guitar, the jokes and laughter will flow, as will a cascade of melodies from two of the finest exponents of their craft.