View, download and/or print out a list of forthcoming guests for the spring season of 2020. Printable flyer – Spring season (January-Easter) 2020

Or view our programme below: 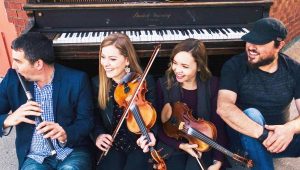 Huge demand brings this stunning Nova Scotia four-piece back to the UK The UK just couldn’t get enough of Còig when they toured in spring 2019 – and so the sheer level of demand for this exciting and invigorating four-piece from Nova Scotia means they are back and we have been lucky enough to book them. Multi-instrumentalists Chrissy Crowley, Rachel Davis, Darren McMullen and Jason Roach play a dozen instruments between them to produce fiery Celtic high-energy music that features driving tunes, haunting songs, infectious energy and stunning vocal harmonies. 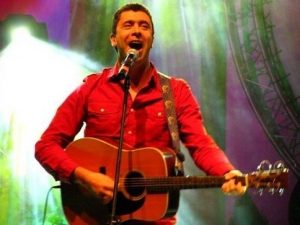 One of the most insightful and observant songwriters around, Pete can surprise his listeners with a simple phrase, a clever twist or a witty detour. For example, in his epic song, In the Days When Time Was Different, he conjures up images and ideas of which few would have ever dreamt. He also wrote the folk club hit Another Train. With a relaxed voice, uncomplicated guitar accompaniment and breezy patter between songs, Pete’s performances are a treasured mix of humour, politics, emotion and comment – he’s always one to look forward to. 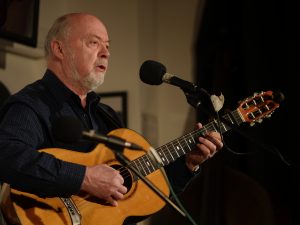 A special 80th birthday concert from a special Ram regular

Hector’s first experience of singing on a stage came at the age of 10, thanks to a headmaster who insisted any child with a voice should be heard. And what a voice it turned out to be. From his frequent floor spots, regulars at our Ram Club concerts will be familiar with Hector’s mellow, seasoned tones, his soft Scottish accent, and lilting, conversational singing style. He is an adroit and enthusiastic interpreter of songs old and new and for this concert, which marks his 80th birthday, he’ll be joined on stage by musical buddies from across the years. 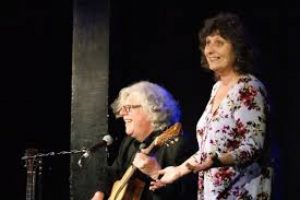 An evening of rumbustious and riotous hilarity is guaranteed in the presence of Grant Baynham and Hilary Spencer – as they form one of the whip-smartest acts on the roots music circuit. Grant’s songwriting is uproariously funny and Hilary’s singing reaches every corner of the emotional spectrum, from deeply moving to soar-away levity. Grant made a name for himself with his witty and inventive contributions to TV’s That’s Life show. So if you enjoy the humour created by the likes of Victoria Wood and Jake Thackray, then you’ll LOVE Quicksilver. 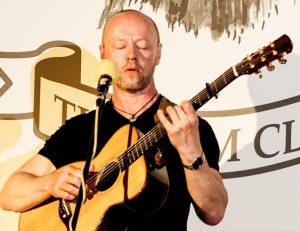 An artist from the very top drawer

Watching Lee Collinson play is sheer torture for every wannabe guitar virtuoso – his style and touch are fluid, melodic and completely enviable. But it’s a torture that quickly turns to pleasure and admiration – for Lee’s brilliance is perfectly matched by his appealing voice and his inspired choice of songs. We’ll get to hear music from several genres – folk, blues, rock, pop, jazz and more – performed with all the easy-going modesty and amiability you would expect from an artist who is from the very top drawer. 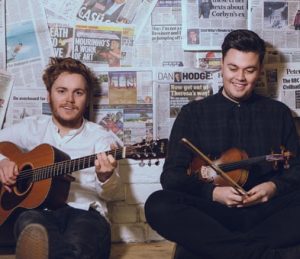 Electrifying duo that packs an ever greater punch

What a joy it has been to see these two young men develop their craft since their first visit to the Ram Club in 2015. Even then, with Ciaran still a schoolboy, their shows were an electrifying combination of Greg’s hard-driving guitar and powerful voice and Ciaran’s dazzling and award-winning fiddle work. A few more years of touring and with four albums under their belt, they now pack an even greater punch. Their playful on-stage jocularity remains endearing and their juxtaposition of traditional classics and modern gems is spot on.