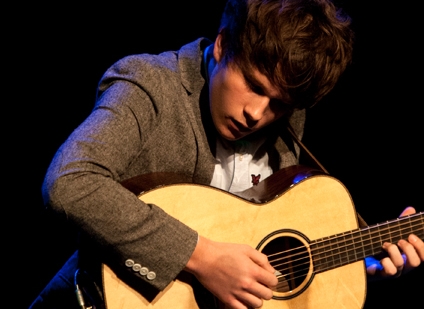 A rare and sparkling mixture of youth and experience

How can a man so young conjure up such mature emotions and sentiment in his music? Poignant, touching and heartfelt, Luke’s songs possess a rare mixture of youth and experience and are delivered with a passion to draw in any audience. His debut album “More Than Boys” was highly acclaimed on its release in 2012 and Luke has developed powerfully as a writer and performer since: his stage presence is mesmerising and his second album “Fumes and Faith” is top class. Luke’s a star in the making.