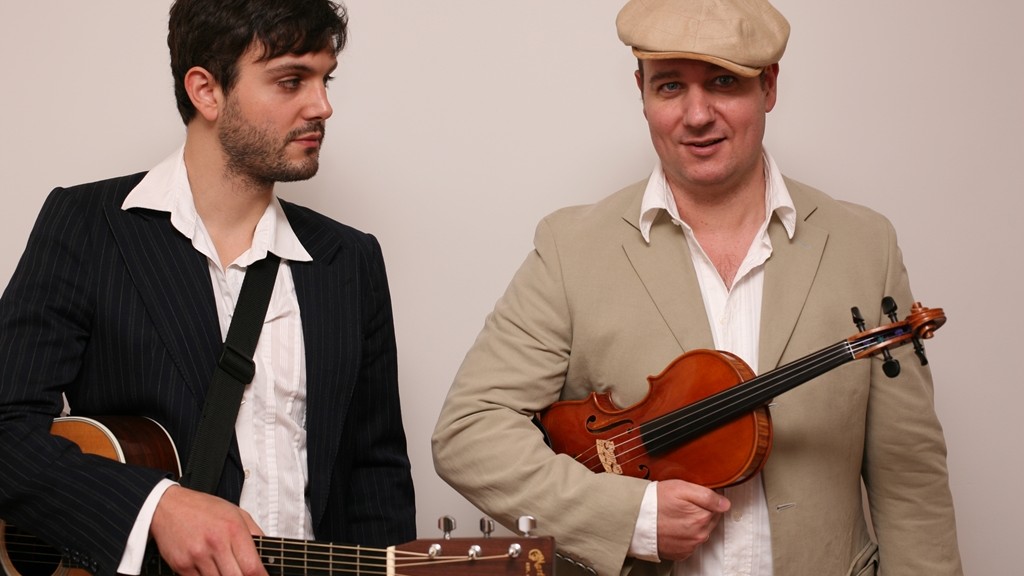 James and Dan have extraordinary backgrounds that colour their performances – Dan is from Maryland, is brother of the late Eva Cassidy, and has a swing band; James is from Shropshire and played with Uiscedwr; and the pair met in Iceland. James has a sweeping voice and plays guitar and Dan has his own style of fiddle playing. When they made their Ram debut in May 2013, the audience was captivated by James’s English wit and Dan’s dry humour and American drawl – and his mesmerising facial expression while playing.