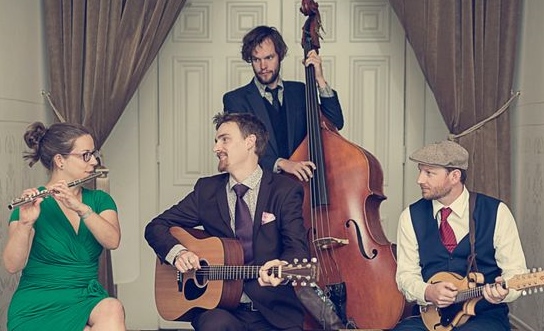 Performances full of energy and joy

Inspired by the music of James Taylor, Van Morrison and Tim O’Brien, Frank’s musical road began in the Scottish Highlands, took him to Edinburgh, then the UK’s folk clubs and on to a new home in New Zealand, where he’s lived for five years. Once settled, he formed a band that includes Cameron Dusty Burnell (mandolin, banjo and guitar), Kara Filbey (vocals and flute) and James Geluk (double bass). Frank calls himself a story-teller, songwriter, singer and guitarist – in that order – and his band’s performances are full of energy and joy.