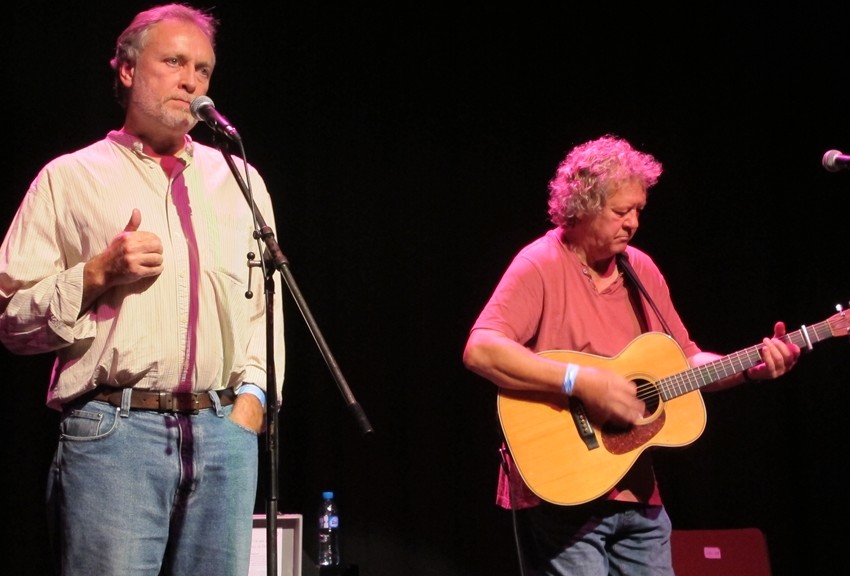 Triumphant combination of voice and guitar

Mick’s voice has been described as “underrated” – and while it’s true, that’s not a blunder we will make. He is one of the finest singers around. Put the multi-talented Paul Downes at his side and you have a triumphant combination. Paul says he’s embarrassed when called one of the greatest acoustic guitar players. But either way, he’s right up there and adds gentle wit to Mick’s hilarious stories.