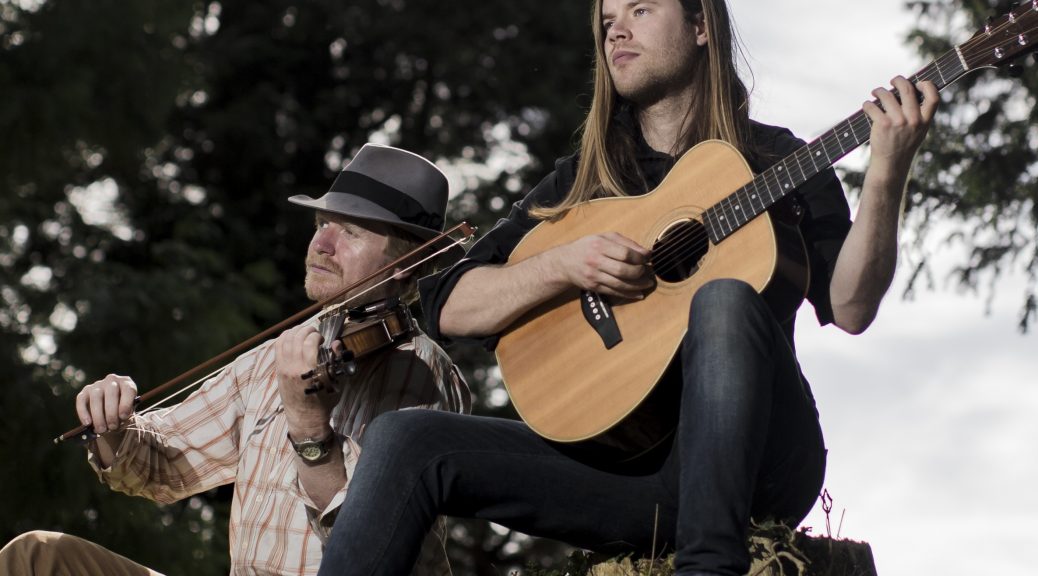 Kit and Aaron, the virtuoso guitar and fiddle players from the band Sheelanagig, draw on many influences to create arrangements of traditional music, as well as their own compositions. Their shows are a musical journey through Europe, America and beyond, combining dazzling playing with fine musicality and showmanship. A debut album “The Fox” explores the relationship between fiddle, guitar and voice, and has won critical acclaim.