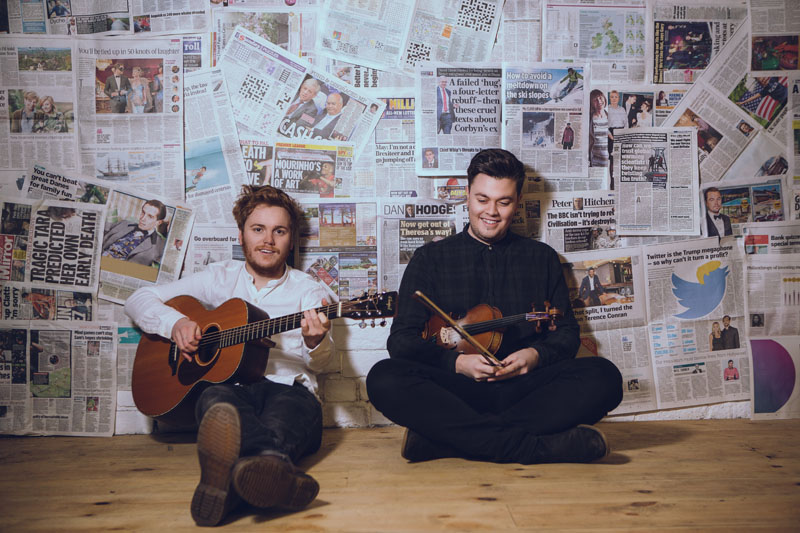 A major force on the acoustic music circuit

Ciaran was still at school when this dynamic duo made a first appearance at the Ram Club and he was already staking a claim to being the most thrilling young fiddle player around. In the five years since then, Ciaran and Greg have simply become better and better and have matured and grown to become a major force on the acoustic music circuit. Greg’s voice has a wondrous clarity and power and his guitar playing is sharp and precise; Ciaran’s fiddle playing – and lightning fast wit – are an absolute joy. Together they are unmissable.