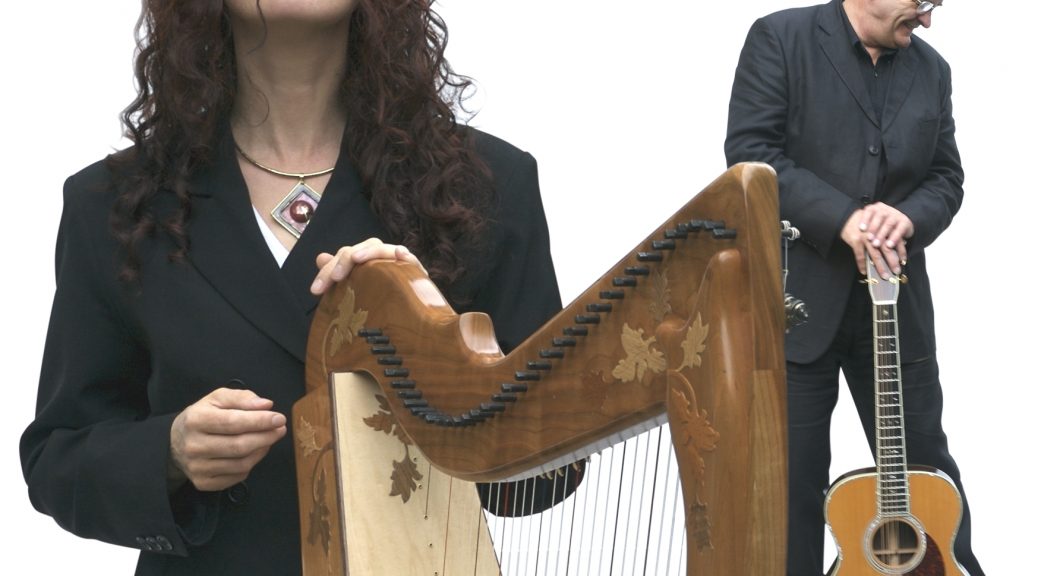 ‘Music of fire and brilliance’

Chris and Maire’s spectacular partnership has been described by The Irish Times as creating “music of fire and brilliance”. They play a breathtaking blend of traditional Irish music, hot jazz, bluegrass and baroque, alongside striking new compositions. Chris is a dazzling guitarist, Maire “the doyenne of Irish harpers”, and together they have won worldwide acclaim.